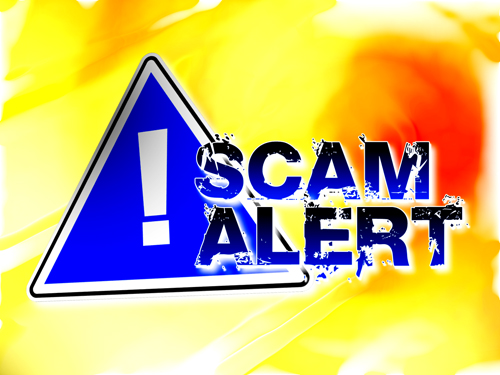 In litigation aimed at fraudulent business practices within the mobile telephone industry, the Federal Trade Commission on Tuesday accused T-Mobile of making hundreds of millions of dollars by scamming customers with unauthorized text message charges, according to FTC Consumer Protection Director Jessica Rich.

The FTC is seeking a court order to permanently bar T-Mobile from “cramming,” or charging cellphone customers for spam text messages that they did not request or have an interest in receiving.

In a process known as “third-party billing,” carriers such as T-Mobile, AT&T, Sprint and Verizon typically place charges on a consumer’s bill for services provided by another company.   In return, the phone company receives a substantial percentage of the amount charged.

When the charges are placed on the bill without the consumer’s authorization, it is known as “cramming.”

T-Mobile — which brands itself as a low-cost alternative to top rivals AT&T and Verizon — received between 35 and 40 percent of the amount it charged customers for the bogus texts subscriptions, thus generating hundreds of millions of dollars in revenue, the FTC alleged.

“It’s wrong for a company like T-Mobile to profit from scams against its customers when there were clear warning signs the charges it was imposing were fraudulent,” FTC Chairwoman Edith Ramirez indicated in a prepared statement. “The FTC’s goal is to ensure that T-Mobile repays all its customers for these crammed charges.”

The Federal Communications Commission (FCC) is also launching an investigation into T-Mobile’s billing practices and has the power to level fines against the company if it determines that wrongdoing has occurred.

According to the complaint filed by the FTC, T-Mobile allegedly charged customers for spam texts — “such as flirting tips, horoscope information or celebrity gossip” — at a typical cost of $9.99 per month.  T-Mobile also ignored signs that the text messages were unwanted — such as a large number of customers seeking refunds — and made it difficult to discover and remove the charges.

“Rather than going after T-Mobile, the FTC should focus on the third-party companies that are sending the text messages,” argued T-Mobile CEO John Legere.

“As a single mother, I can hardly afford to pay additional and fraudulent fees,” T-Mobile customer Bina Fink Kohl of Weston told Examiner.  “As a T-Mobile customer, I expect them to be fair and honest in their dealings.  From the litigation, it appears that T-Mobile has been scamming me all along.”

“T-Mobile is fighting harder than any of the carriers to change the way the wireless industry operates and we are disappointed that the FTC has chosen to file this action against the most pro-consumer company in the industry rather than the real bad actors,” stated Legere.

According to Jessica Rich of the FTC’s Bureau of Consumer Protection, the agency and T-Mobile have not been able to reach a settlement on the charges, resulting in the litigation filed Tuesday by the Federal Trade Commission.

“In court we will determine just how much” T-Mobile needs to refund its consumers, but “our evidence to date is that hundreds and millions of dollars are at stake,” Rich said.  “Our first priority is to get the money back to consumers.”

Rich called the charges against T-Mobile — the agency’s first cramming charges against a telecom company — “a new front in [the federal agency’s] longstanding campaign” against wireless cramming.

The T-Mobile case “sends a strong message to other mobile phone companies,” Rich concluded.  “We will continue to bring additional cases to deter this conduct.”

According to the Federal Trade Commission complaint, many of the allegations focus on T-Mobile billing practices, which “made it difficult for consumers to detect that they were being charged, much less by whom.”

Customers would have to scan through several screens online and up to 50 pages of a physical bill to find obscure and fraudulent accounting for the third-party charges, the FTC said.

Among the allegations were that prepaid customers – who do not receive monthly bills – would have the third-party charges deducted automatically.  Once customers discovered the charges and their source, T-Mobile would refuse to fully refund the charges, sometimes directing the customers to contact the third-parties.

“I’m alarmed that T-Mobile is accused of fraudulent billing practices,” Remington Longstreth told Examiner. “I never check my bill completely.  With that said, I don’t expect to be cheated either.”

The federal investigation and complaint against T-Mobile comes at no worse time as the company is reportedly in talks to be bought by Sprint.  This highly-anticipated deal would combine the country’s third- and fourth-largest wireless companies.

Legere concluded by calling the lawsuit against T-Mobile “sensationalized legal action” that is “unfounded and without merit.”