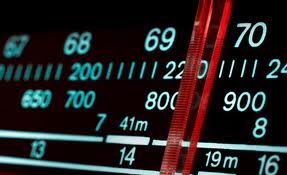 Interesting guests and timely topics will be on AM 740 WSBR and AM 1470 WWNN the week of February 20th and The Credit Report with Bill Lewis.

After more than seven years on the South Florida airwaves, Bill Lewis – host of The Credit Report with Bill Lewis – has left his 9 o’clock morning drive time show on AM 1470 WWNN.

The Credit Report with Bill Lewis, a daily forum for business and financial news, politics, economic trends, and cutting edge issues, a daily radio talk show hosted by Bill Lewis has moved south on the dial and now airs on AM 740 WSBR weekdays at 7am.

Originally launched on AM 1400 WFTL in 2004, as the “Credit Restoration Consultants Hour,” Bill Lewis provided self-help tips and advice regarding credit repair, finances, and related topics. Throughout the years, Bill’s show strayed from the original concept of providing financial awareness to his listeners.

In an effort to strengthen his listener base and to broaden the topics hosted, Bill launched The Credit Report with Bill Lewis upon moving to AM 1470 WWNN within the Beasley Broadcasting group.

Listeners were searching for help regarding a myriad of topics from credit repair, extreme coupon shopping, and foreclosure matters, but welcomed the political format that Bill introduced locally to a south Florida audience.

Guests this week on The Credit Report with Bill Lewis include:

Former prosecutor and Fort Lauderdale criminal defense attorney Jim Lewis will appear and discuss his candidacy for Broward State Attorney as the only Republican for this countywide office in 2012. Lewis is challenging incumbent Michael Satz and Chris Mancini, a former federal prosecutor turned defense attorney. Mancini switched his voter registration from independent to Democrat so he could run against Satz in the party’s primary. Lewis will face the winner of the August primary.

Tom Lauder of Red Broward will appear and discuss his political blog where “Making Broward See Red” is not such a hard job.

Brian Walsh of Wings Plus in Coral Springs will appear and discuss recent appearances by presidential candidates Herman Cain, Rick Santorum, and Newt Gingrich and how his establishment has become “the place to go” for political candidates in south Florida.

Jennifer Cabrera will appear from Saudi Arabia and discuss her efforts on behalf of Planet Beach Contempo Spa to introduce that brand to the country. Cabrera did not take the traditional road to spa ownership. After years in corporate sales, Cabrera wanted to own her own business. A member of Planet Beach, she heard about the Ms. Planet Beach Gen X contest and a grand prize package that included a free license. Cabrera is now a proud franchisee in North Miami Beach, Florida.

Fort Lauderdale philanthropist and serial entrepreneur Jamie McDonnell will appear and discuss his latest venture, daily deal site LuckyFan.  LuckyFan.com is a dynamic daily discount deal site unlike any other. LuckyFan offers spectacular deals and once in a lifetime experiences so you can live it up, and Get Lucky!

Bill Burke of Paradise Bank will appear and discuss how his three branch bank reached a significant milestone in its six year history by becoming the top Small Business Administration (SBA) community bank lender in the state of Florida.

The Credit Report with Bill Lewis airs live, Monday through Friday from 7am-8am with an encore presentation Saturday’s at 3pm on AM 740 WSBR. Streaming audio is available at http://www.wsbrradio.com and on air participation is welcome at (888) 721-0074.

If you miss the early broadcast, The Credit Report with Bill Lewis is still available weeknights at 9pm and Sunday’s at 1pm on AM 1470 WWNN by streaming audio at http://www.wwnnradio.com.

For daily updates on The Credit Report with Bill Lewis, you can join Bill’s 35,950 plus fans on Facebook at: http://www.facebook.com/thecreditreportwithbilllewis